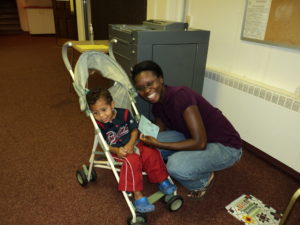 When my son was four and daughter one, we invited Jebeh and her boys to the pool at the country club where we belong. As we were wading into the shallow end holding hands with the kiddos, my four year old turned to Jebeh, observing his hand in hers and the stark contrast and said loudly, “You’re black!”

The truth. Spoken. Loudly. As a parent a part of me cringed. I wanted to duck, hide, ignore and pretend “that didn’t just happen.” As parents, our initial reaction in these situations is often to back pedal, save face and find a way out of what we perceive as an embarrassing moment. This event, four years ago contributed to the work Jebeh and I are doing now.

My instant gut reaction was embarrassment. But for who? Hayden? No, he wasn’t embarrassed. Me? Why? Was it as a failure on my part? No, not really. He was observing. That’s what four year olds do. They learn about the world and everything in it by making observations. Jebeh? No. She rolled with it.

Ever the “teacher” Jebeh turned to Hayden and said, “Yes, I am, and isn’t that beautiful? And look, Max and Mateo are brown, and you’re white.” A validation of his observation and no assumed guilt or shame in making that observation. Done.

We see color. We all do. And to pretend that’s not the case just doesn’t do anyone any good.

I’m pretty sure I still followed Jebeh’s comments with something along these lines… “we have lots of friends with different color skin.” And proceeded to name the three children of color in his preschool class. The truth is, we don’t. We live in a middle to upper middle class neighborhood in east Duluth, MN. I could probably count on one hand the number of families or children of color that we see regularly.

My children aren’t exposed to a lot of diversity. So the struggle becomes, how do I teach my children to respect and value diversity if the opportunities in daily life are so few? My goal is to embrace each opportunity that does arise and to push for new opportunities. To speak it and not “shush” it. To be open and honest and welcoming of conversations and observations.

Some adults still struggle with their identity. We all wear multiple hats, but at the core, our identity is our true self. It reflects who we really are and is comprised of our beliefs, qualities, characteristics, and values. Sometimes, the hats we wear don’t align. When our values, beliefs, and qualities conflict with expectations of our various roles and our understanding of self, it can lead to identity struggles.

But I’ve never felt that. I’ve always identified myself as a Liberian-American woman. I was born in Liberia but raised in the United States. I’ve been fortunate enough to identify and embrace who I really was since I was about three. I used to play ‘fashion’ show with the tons of Liberian dresses and matching head-ties my grandmothers would send over from back home. In fifth grade we had a choir concert with the theme “Love in any Language” and I made my mother sew me a pink kaftan dress with matching head-tie. See a pattern here? I love my accessories.

I had this feeling of being different because my name was different. My family was a minority in a predominately white suburb. None of my friends looked like me. I had to embrace my difference within my community. I rocked it too.

I ate all the Liberian foods my mother and family would cook. I wore t-shirts with pride that said “Got Fufu?” or “Vai Girl” everywhere I went.

I ate all the Liberian foods my mother and family would cook. I wore t-shirts with pride that said “Got Fufu?” or “Vai Girl” everywhere I went. I even found a job in my community where I could share stories and Liberian dance (my way) to thousands of K-college aged students for over an eight year span. It became common when I would go shopping to see a sweet blonde child smile at me and say “Yah-kuhneh”(Hello in Vai) and see their blonde mom “freak out” because she didn’t have a clue what her child just said. That was funny.

I have been blessed to add to my identity Naturalized Citizen, wife, and mother. Each of these facets of my identity make me the woman I am today. I cherish each one because it was no easy feat to accomplish the last three parts of myself.

As a person of color in a predominantly white community I often get asked, “What are you?” or “What should I call you?”

As a person of color in a predominantly white community I often get asked, “What are you?” or “What should I call you?” While these might be well-meaning attempts at understanding and being nice, they are also near-sighted. The answer they are often looking for is a descriptor of my skin color. But that’s not who we are. That’s not what I am.

Think about it. Would a white person be asked, “what are you?” or “what should I call you?” And, if by some chance they were, would “white” be the response? To those questions I simply say, “I’m Jebeh.” In my heart I’m thinking… “If you ask me a question like that, then you don’t really know who I am.”